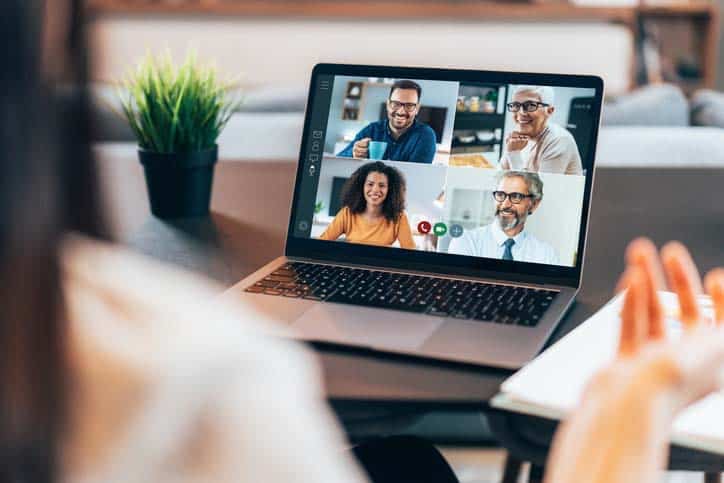 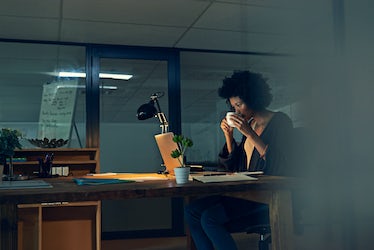 Virtual selling requires a higher level of communication, and the most effective communication consists of strong form and substance.

Form is the way in which the material is presented; it is the medium. Substance is the dialogue. To be effective, sales professionals need to consider how to use both form and substance to drive the sale. A focus only on form or only on substance leaves half of the equation incomplete.

In other words, the strongest message will never connect with the customer if the material is presented poorly. At the same time, the best presentation carries little value if the message within does not resonate with the customer. Like the relationship between the sales professional and the stakeholders, the two must work together.

The problem is that an imbalance is beginning to emerge. Too much of the focus today is on form, and too little is on substance. Why has this imbalance occurred?

It has occurred because the circumstances of today require nearly all selling to occur over a virtual medium. In this visual-oriented setting, many sales professionals have turned to slides as their primary form of communication. This development is a problem because slides are a two-dimensional solution to a three-dimensional challenge. As a result, many sales professionals have embraced the look of selling rather than the logic of selling. This trend may be leading to a norm in which the medium, rather than the message, drives the sales process.

This problem is not limited to the selling industry. Others have taken note of the problems that occur when the focus is on presentation at the expense of consultation. “There are real-world consequences for this, and so it’s not a purely academic, ivory tower concern,” remarked Richard Russell, a special adviser to U.S. Central Command and teacher at the National Defence University.

Others, like General James Mattis, former commander of U.S. Central Command, and Robert Gates, former U.S. Defence Secretary, have both publicly cited the shortcomings of communicating only through slides.

The problem has even surfaced among the elite ranks of US physicists working on the Large Hadron Collider, where slides were “acting as a straitjacket to discussion,” according to Andrew Askew, a physics professor who was part of a team tasked with solving communication problems on the project.

When they untied themselves from a reliance on slides, it was “like a big glass barrier was removed between the speaker and the audience,” explains Askew.

Too often slides become this barrier. This is not to say that slides should be avoided completely. Instead, the key is to remember that slides lead to one-way communication that prevents learning about the customer’s needs and engaging them in a collaborative dialogue about how to best address those needs. Understanding these needs is critical to crafting a message that resonates. Techniques for focusing the customer on a message are of little value if you don’t have a detailed understanding of the customer’s challenges and goals. Without this information, you risk focusing them on the wrong message. Effective virtual selling keeps the customer in the conversation by engaging in a consultative dialogue.

In the following sections, we uncover the three fallacies behind ineffective virtual selling and how sales professionals can overcome each.

What is Memorable is Not Always Meaningful in Virtual Selling

The average cost of a 30-second Super Bowl advertisement is $5.6 million. This expense clocks in at more than $185,000 per second. As a result, advertisers take great pains to deliver a message that is memorable.

But does being memorable equate to being meaningful? Research suggests that the answer is no. Consider findings from the research firm Communicus published in the Harvard Business Review, which show that before-and-after interviews “indicate that 80% of Super Bowl ads fail to increase purchases or purchase intent.” Even the most memorable content is no guarantee that customers will buy. This idea explains why even the most high-stakes ad buys are so ineffective at compelling customers. The message is designed for recall but not resonance. In the world of television, this is understandable because the message is for the masses and cannot be customised to individual viewers.

Sales professionals, however, can customise their message. To do so, they must first understand what is important to the customer. Doing so means listening — specifically, active listening.

Active listening is different from passive listening, which seeks only to hear without truly understanding. Several studies have shown that “participants who received active listening responses felt more understood than participants who received either advice or simple acknowledgements.” A presentation-focused approach to virtual selling undermines this critical step. Too often the visuals serve to persuade through repetition rather than relevance. In this setting, the anchoring bias takes hold.

The anchoring bias is our inherent tendency to place too much emphasis on one piece of initial information. When seeking to instil a message, sales professionals risk succumbing to the anchoring bias because most of their efforts centre on linking the value of their solution to an incomplete understanding of the customer’s challenge or goal.

Research from Carnegie Mellon University illustrates the pervasiveness of this risk across more than 3,800 participants in nine studies, which show that when we learn one piece of information, we often “form a belief that the future will parallel those circumstances, which acts as an anchor for any possible updating that new information may bring.” This phenomenon limits the sales professional’s purview of the customer’s world.

What is Cooperative is Not Always Collaborative

A few years ago, a small team of professors and Harvard Business School, Yale and Duke University conducted four studies to understand why people value some things and not others. Their work, published in the Journal of Consumer Psychology, yielded one powerful insight: “labour increases valuation.”

They learnt that when a consumer exerts effort by participating in the creation of a product, they hold the outcome in much higher esteem. Simply, “consumers believe that their self-made products rival those of experts.” The researchers call this the IKEA effect because so much of the do-it-yourself furniture from IKEA requires the customer’s participation in the final creation.

This finding has important implications for sales professionals. When the customer is involved in the process of shaping the solution, they will have a greater allegiance to the product. They will have more buy-in.

However, this collaboration must be real and must go beyond mere cooperation. Many virtual selling engagements confuse the two. While features like live polling, participant chat, and whiteboard illustrations seek inclusion, they do not rise to the level of a truly consultative endeavour. Often, these interactive tools simply prevent listeners from drifting rather than encourage a deep, needs-based dialogue that arrives at a shared definition of the customer’s core challenge or goal.

Virtual engagements must be used to facilitate conversation on both sides rather than as a tool for the sales professional to merely present while the customer becomes a passive listener. A limited understanding of how a virtual setting can be used can result in difficulties like:

The takeaway from the research is that the customer’s collaboration is important not only because it surfaces the factors driving their buying decision. Collaboration is critical for another reason: it makes the customer an architect of their own success. As a result, they see themselves in the solution.

Chris Voss, a former lead International Kidnapping Negotiator for the FBI, articulates this idea succinctly when he explains, “The customer is more likely to follow through knowing that the plan came from them.” 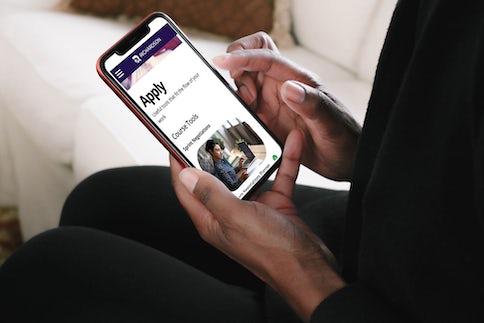 Richardson’s new Accelerate™ Sales Performance Platform is a digital learning platform that enables sales professionals to develop and apply the right selling skills at the right moment to win the sale and drive revenue.

What is Visual is Not Always Viable

As virtual selling becomes a common practise, many sales engagements are becoming fixated on the visual side of positioning a solution. This trend is understandable given the highly visual nature of online meetings. This forum makes it easy for the sales professional to rely on images, graphs and charts. Some have even explored “heat maps” designed to show the direction in which the viewer’s eye moves around a slide. Concepts like the picture-superiority effect have come to the forefront despite research findings in the Journal of Experimental Psychology that “sound a strong cautionary note” for those assuming that pictures are more memorable than words.

The central problem behind these ideas is that they seek to control the focus of the customer rather than prompt conversation.

Business needs have become complex. Solutions have become intricate. In this environment, sales professionals need a more sophisticated approach than directing the customer’s gaze to an image. Visuals alone are not sufficient for articulating the viability of a solution. Sales professionals need to work in close contact with the customer and shape the customer journey. This approach “will become a decisive source of competitive advantage,” according to McKinsey.

Visuals are clean. They are safe and comfortable. They are also a shield. In the volatile business environment of today, it is easy to see why some feel that this shield is necessary. It provides an alternative to asking the incisive, sometimes uncomfortable questions that reveal the customer’s underlying concerns. While this discomfort is understandable, it is also not something to be feared. Sensitive questions, though uncomfortable, drive the selling process forward. In fact, an aversion to sensitive questions “can be economically costly,” according to social science research from The University of Pennsylvania. The researchers worked with nearly 1,000 participants in their study and discovered that “question askers believe that asking sensitive questions will cause greater discomfort than they actually do.”

Perhaps in the socially distant world of today, many have forgotten that building a communication strategy around concepts like stimulation threshold, precision memory, and controlled focus is not a replacement for the meaningful collaboration and dialogue that leads to a viable solution with value perceived by the customer.

Effective virtual selling means rebalancing form and substance. In the all virtual setting of the present, it has become easy to get lost in the visuals of the medium. While this aspect of the virtual model matters, it will always remain only one part of the equation.

Sales professionals need the dialogue and questioning skills that help develop the messaging and eventual positioning strategy. Ultimately, the decision to buy comes from a person, and therefore, sales professionals should remember to put the buyer back in the buying decision.

Download the brief to learn how healthcare sales professionals can front-load their efforts so their first outreach sparks interest.