Which Top Producers Should You Study to Develop Sales Training Programmes? 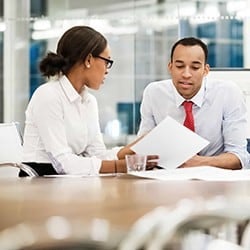 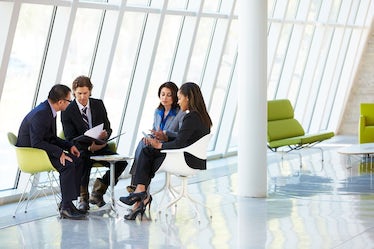 Which Top Producers Should You Study to Develop Sales Training Programmes? Huh? Isn’t that a silly question? This is pretty clear, right? A top producer brings in the most revenue. You study them.

Some questions I’d ask first are:

Context is the New Black

If revenue is what you pay for, as your primary criteria for variable compensation, those who bring in the most business will receive the biggest rewards.  That’s your decision, based on your company objectives, and those are the producers who will likely: be lauded with recognition, walk across the stage, take the trips, and reap the financial rewards. In many cases, if that’s your sole criteria, I might question your decision, but that’s another discussion and not the topic for this post.

If you’re studying exemplary sales performers to gather top-producer practises to provide content for sales training programmes, however, “bringing in the most business” or “highest revenue production” is usually not the only criteria you want to consider. This may seem counter-intuitive to some. If that’s you, suspend disbelief for a moment and I’ll explain.

Let’s start by looking at the performance of some reps.

Imagine you’re conducting a study of top producers compared to mid producers, to develop Continue | Start | Stop content to improve the performers of the middle 60 percent of your sales force, and move them up a notch.

Out of the 80 reps in your company, you’ve asked your sales leaders to give you their “top 10 percent” A-Players and another 10 percent that is representative of the middle 60 percent B-Players. The graphic represents what you were given by Sales Ops for the top ten percent, for the last quarter. And, as you’d imagine, it’s all about revenue.

> Question 1:  So, is this the group you should study?

My answer is, “I don’t know.” I need more information to make that decision.

What if I added this information to the mix?

> Question 2:  Does this change anything for you?

Probably. But not so fast.

Connecting the Other Dots

Let’s layer another detail… the desired outcome of the training we’re building.

Now let’s say that your senior sales leader shares the goal from the majority of sales leaders surveyed in the last CSO Insights survey. Sixty-seven percent of those sales leaders stated their primary objective for the year as new account acquisition, yet 65 percent of them rated their sales team as “needing improvement” in lead generation.

> Question 3:  Does that change your opinion again?

We could play this game all day, so I’ll stop here, but this is the game of real life, isn’t it? and a common failing of generic “best practises” methodology. To get the best results, context matters. I strongly suggest that you consider internal top-producer practises study (instead of general best practises), conducted in context with a specific sales performer analysis that is connected to the organisation’s strategic sales goals.

Strike Up the Bands

In most of my sales performer analyses, I band performers in the following categories:

But to do an analysis to determine who falls where I start by defining what results we’re hoping to achieve and which shapes our definition of top producer. The part that confuses many linearly thinking people is that the reps in the categories may change, based on the definition and desired outcomes – sometimes, even within the same study.

As an example, I once did a study where a small subset of performers excelled at cross-selling, which was a strategic focus for management and needed to be included in the resulting sales training programme. Oddly, these exemplar cross-sellers were not all part of the general Top 20 Percent category (although some certainly were). For that part of the study, these cross-sellers became the Top 20 Percent and were analysed separately in a spreadsheet and with SPSS.

To have even more impact with your training content and sales training reinforcement (including sales coaching), once you determine the practises that produce the best results in one band, you can compare that to the band directly under it, and create a Continue | Start | Stop list, to help sales managers coach those team members up a notch or completely in the next band. But that, my friends, is an entirely different post for the future.

In the interim, identifying and studying various bands of performers compared to top producers can fuel great gap-closing content. You can include what you learn whether you build your own courses, or work with one of the few sales training leaders like Richardson Sales Performance, that will deeply customise courseware to accomplish your goals and get the results you need.

For now, I hope this has given you some food for thought about what you consider a Top Producer when developing sales training programmes and how you might approach it differently, driven by context and your desired outcomes. As always, I’ll leave you with some additional reading and hope to hear from you in the comments. It would especially be interesting to hear your responses to Questions 1-3, as they were presented in the post (given what you knew at the time).