The Neuroscience of Sales: Unseating an Incumbent 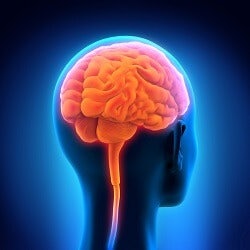 Learn about building the foundational selling skills needed to improve the performance of your entire team.

Competing against an incumbent provider is one of the more challenging sales situations that we encounter.  The existing account holder likely has a stronger relationship with the client, first-hand knowledge of the client’s business, and enjoys the benefit of being a known entity.

Remarkably, even with mediocre performance, an incumbent can be difficult to unseat, and a lot of the reason why is attributed to psychology.  There are a few neuroscience concepts that give us some insights as to why customers hold on so tightly and how a challenger might loosen the grip.

Loss aversion is the simple idea that the fear of losing something is much stronger than the joy of gaining something — in fact, it is about twice as strong, according to research.  In a competitive sales environment, that means that the value proposition of a challenger needs to be significantly stronger than that of the incumbent if the challenger hopes to win the business.  Loss aversion is how even relatively weak providers maintain accounts.  So why is our fear of loss so strong?

It is human nature to overvalue what we already own; this is called the endowment effect.  It is evident when people are reluctant to part with something they own for its cash equivalent, or if the amount that people are willing to pay for something is lower than what people are willing to accept when selling it (Kahneman, Knetsch, & Thaler, 1991).  The endowment effect is particularly strong when the good or service has experiential, emotional, or symbolic significance.  Buyers become attached through experience, even if that experience is less than ideal.  The effect is strengthened when an emotional connection is made — for instance, when an existing sales person has forged a personal relationship with the buyer.  The endowment effect explains why relationships matter and why current providers maintain momentum simply by showing up.

Another important principle at play when trying to unseat an incumbent is the idea of the sunk cost fallacy.  Individuals commit the sunk cost fallacy when they continue a behavior or endeavor as a result of previously invested resources, including time, money, or effort (Arkes & Blumer, 1985).  For example, individuals sometimes order too much food and then over-eat “just to get their money’s worth.”  Similarly, a person may have a $20 ticket to a concert and then drive for hours through a blizzard just because s/he feels that s/he has to attend due to having made the initial investment.  If the costs outweigh the benefits, the extra costs incurred (inconvenience, time, or even money) are held in a different mental account than the ones associated with the ticket transaction (Thaler, 1999).  As clients make investments of time, money, and effort, sunk costs increase, and because of the fallacy, they may not rationally weigh the cost-benefit of the incumbent’s performance.

So, with the endowment effect and sunk cost fallacy working to create loss aversion, what can a challenger do to counter the impact and take away the business?  Here are three approaches that will help.

Emphasize the loss associated with the status quo. We are typically very good at articulating the value that our clients receive by selecting our products and services.  However, we may not be as effective at describing the losses that clients will face with a no decision, i.e., staying with their existing provider.  Often, long-term providers become complacent with service and upgrades as they try to increase margins across the account lifecycle.  Meanwhile, technology and product features are evolving in the market.  Think about what opportunity costs (unrealized benefits) the client is accepting by staying put and be sure to include them in your pitch.

Help buyers associate costs fairly. The sunk cost fallacy occurs because buyers don’t fairly allocate the ongoing costs of their previous decisions against the benefits they are receiving.  We need to help them understand the total cost of ownership and the inconveniences created by their past decisions (including the opportunity costs described in #1).  Otherwise, we are being unfairly penalized as the challenger.

Seek out decision makers and influencers who are not vested in the current solution. It’s rare to find a decision made by a single individual these days, particularly in B2B sales.  Selection-by-committee has many disadvantages for sellers; however, it does create some opportunities, particularly for non-incumbents.  When planning an opportunity, rank decision makers and influencers according to how vested they are in the current solution, and actively make your case to those with little to lose.  Perhaps the best way to fight loss aversion is to avoid it.  Look for a new VPs or Directors, and cultivate them as a client coaches to help make your case for change.

Learn about building the foundational selling skills needed to improve the performance of your entire team.