How to Motivate Your Sales Team During Difficult Times 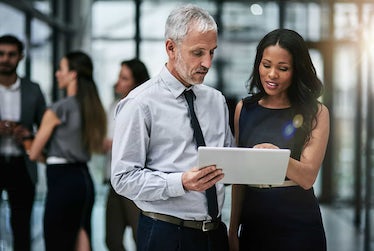 Despite the uncertainty and difficulty in the early months of the pandemic, there was only one choice for most people: press forward.

Today, many are feeling the exhaustion of that march. This toll is not only physical, but also mental because meeting professional responsibilities is psychologically taxing in a setting in which COVID has claimed more lives than the total number of American deaths in World War II. This and other sobering numbers mean that each day demands a little more resilience than the last. This gradual accumulation of stress rarely shows its full extent until there is a moment to pause.

Many are reaching that moment now.

They are discovering just how much they have had to pull from their well over the last twelve months and how little remains today. These circumstances present a unique problem because a loss of motivation now means missing the benefits of the nearing recovery. In short: motivation has never been more important, and it has never been more elusive.

This moment marks the end of one path — the pandemic — and the start of another: the recovery. What makes this transition so daunting is the fact that the first path demanded so much. Knowing this has left many uncertain about their ability to embark on the last leg of the trip. Here, we offer three ideas for renewing grit when diminishing motivation threatens the final miles.

1. Remember That Grit Is a Renewable Resource

The word motivation suggests that someone is doing something because some force is compelling them to do so. This force may be external like the expectations of a team. The force might be internal like the need for a sense of accomplishment. The problem with motivation, however, is that it disappears when this internal or external force erodes. Therefore, motivation is only as strong as the circumstances. Grit is different in one important way: it can be renewed. Grit does not depend on the circumstance; it depends on the person.

Psychologist Angela Duckworth explores grit in her book, Grit: The Power of Passion and Perseverance. In her research, she discovered that those with grit “were satisfied being unsatisfied,” and for those who embody grit, “it was the chase — as much as the capture — that was gratifying. Even if some of the things they had to do were boring, or frustrating, or even painful, they wouldn’t dream of giving up.”

One of the suggestions Duckworth offers to those who seek grit is to assign a sense of higher purpose to the task. In doing so, the goal is not to merely trudge through another responsibility, but rather to do something that is part of a larger, long-term endeavour that reflects on the success of the individual. In other words, renewing grit means considering how the task at hand fits into a bigger picture that extends beyond the difficulties of the moment. For sales professionals, this greater purpose might be part of a transformation initiative aimed at helping customers leverage the value of the solution in a way that addresses the new, more pressing challenges of a COVID and post-COVID setting. With this approach, the sales professional is doing more than selling a product or service; they are providing authentic and meaningful value that helps a customer navigate unfamiliar terrain.

2. Rebuild a Sense of Self-Efficacy

Self-efficacy is the degree to which a person believes they can take the actions necessary to drive a specific outcome. Simply, self-efficacy is one’s belief that they can perform when and where it is needed. This concept is different from the idea of confidence because it is underpinned by several key factors identified by psychologist Albert Bandura, the fourth most cited psychologist of all time, according to the American Psychological Association.

Bandura’s work in the field of self-efficacy expresses the idea that beliefs about one’s self are even more influential than one’s previous successes. The reason: someone with a high level of self-efficacy believes that outcomes are driven by what they are able to do in the present and not what they were able or unable to do in the past. That is, beliefs about capabilities have a stronger influence over outcomes than previous performance.

Self-efficacy matters because when a setback occurs, those with high self-efficacy “recover more quickly and remain committed to their goals,” according to research published in the International Journal of Psychology. What makes self-efficacy so powerful is that it instills a sense of agency that lasts beyond a period of hardship.

Rebuilding a sense of self-efficacy means breaking the current challenge down into smaller parts that are less daunting. In doing so, the next task becomes manageable and right-sized. Deconstructing the goal in this way offers another benefit to one’s sense of self-efficacy: it helps clarify and visualise the path forward. This approach enables incremental gains that add up to significant progress. Finally, maintaining self-efficacy requires the ability to endure setbacks. Doing so means acknowledging that outcomes are not just a result of the individual’s actions, but also their circumstances. This approach works particularly well for sales professionals seeking to redevelop account planning skills or prospecting strategies in a virtual setting. Breaking the process down into parts that represent a repeatable framework is an effective way to relearn the customer’s goals and challenges that have changed dramatically.

3. Seek Saliency Within the Group

Nearly everyone works in a team. Therefore, boosting the motivation of the individual means considering the dynamics of the team because “groups profoundly affect individual behaviour,” according to research from the University of California. Improving the motivation of the group means increasing its saliency because doing so makes each individual feel responsible not only to themselves, but to the group. The researchers explain that a group is salient if “members of the group recognise its existence and they also believe that other group members recognise it.”

Through a series of observations, the authors of the study learnt that fostering this recognition means creating an environment with three characteristics. First, each member must know that the other team members are aware of their choices. That is, they must have an audience. Second, each team member needs feedback that reflects the outcome of their decisions. Third, the benefits of success are shared by all, a feature called “common payoff.” These findings are important because they provide a blueprint for rebuilding motivation within the group and therefore within the individual.

Additionally, saliency matters because increased salience boosts the group’s identity and the research from the University of California has shown that in a “strong-group-identity condition, cooperation increased significantly.” Other findings published in the Journal of Economic Behaviour & Organisation echo this idea. In a paper titled Managing Diversity by Creating Team Identity, an economist from Virginia Tech concluded that “actions designed to enhance team identification contribute to higher levels of team cooperation.” Achieving this kind of cooperation is critical when motivation drops.

Developing the group’s identity is particularly difficult as more teams become geographically distributed. Overcoming this means recommitting to open, frequent, and clear communication among team members so that each person understands that their work impacts the group. Team saliency will also increase when the group prioritises long- term measurement, which encourages everyone to think beyond immediate difficulties. As more selling occurs in teams, it is critical to build and maintain saliency in the group so that geographically distributed groups can continue to work as a cohesive unit.

While the last 12 months have taken a toll, they have also reset the baseline for what can be endured. As Roman stoic philosopher Seneca wrote, “It’s not because things are difficult that we dare not venture. It’s because we dare not venture that they are difficult.” Renewing motivation means avoiding the common trap of permitting the challenges that lay ahead to appear bigger in stature than they are.